Every Monday is Uggly Monday. 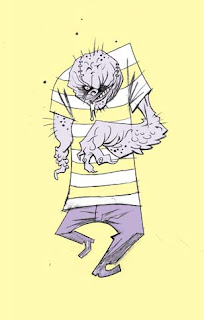 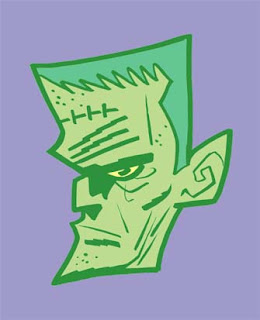 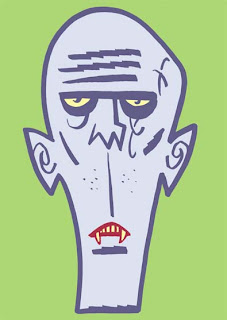 Love drawing faces, mostly ugly ones(though tis in the eye of the beholder), could do it all day and night, if someone payed me per head, I'd be a very rich man. Alas... 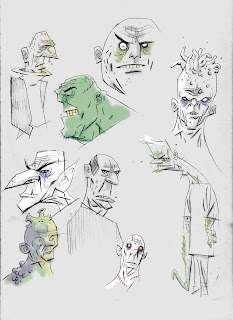 and something i doodled in a bad mood(it AND me). 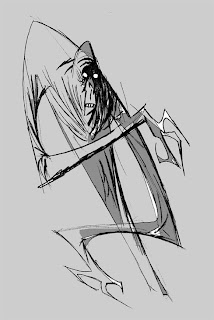 Posted by shane oakley at 9:52 AM No comments: 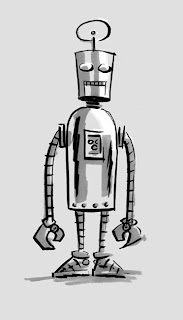 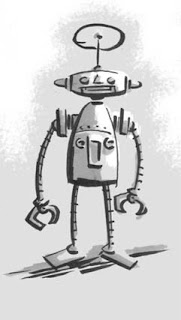 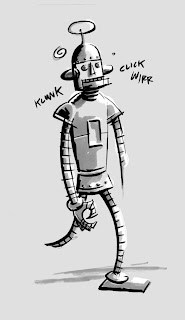 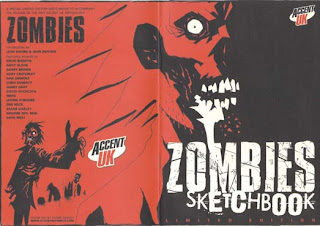 I've got some more zombie art out there; a front and back cover, and rough sketch on the inside, in the junior mini-companion to Accent Uk's ZOMBIES book. A limited print run, which means it was as limited to how much ink Dave had in his printer, so i don't know if there's any left for sale - bankrupt the man, demand a reprint!
And another sketch. Anyone sick of zombies yet? 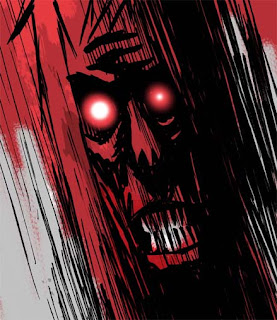 Posted by shane oakley at 9:47 AM No comments: 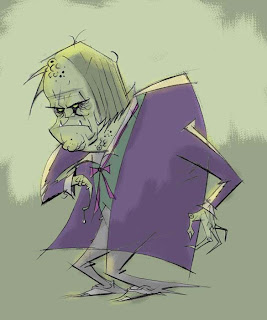 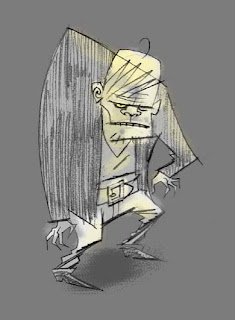 Coupla new sketches.
Posted by shane oakley at 5:51 AM No comments: 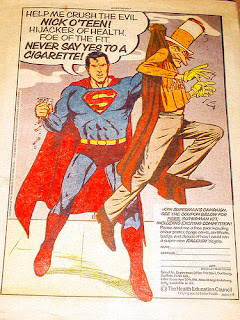 Posted by shane oakley at 10:03 AM No comments: 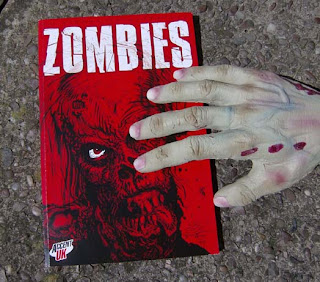 Just finished reading ZOMBIES, the latest 'themed' anthology from Accent UK. If you love the 'living dead' genre, then you'll LOVE this book. You get a whopping 168 black and white pages of comic strips and art, sandwiched between a suitably grisly cover from the putrescent pen of Steve Bissette (who in the eighties, along with Alan Moore and John Totleben, worked on an epic run of Swamp Thing - easily the best horror comics that DC have EVER done), and a back cover(and a coupla pics inside)by yers truly. 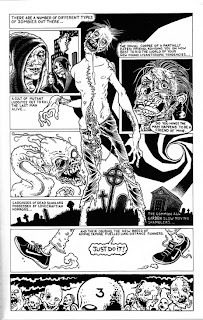 Zombies is a real labour of love(and death), publishers Dave West and Colin Mathieson have made every effort to rise above their 'small press' origins, and they do, in grave-robbing spades. With it's eclectic mix of artists/writers, both pro' and amateur, striking design work by Andy Bloor(who also draws one of the most chilling stories in the collection)and first rate production values, this book holds it's own among the 'big guns'.
It's not without it's weak points, page numbering would've helped, and some of the stories are very slight, sometimes too-obviously influenced/inspired by Romero's movies and Shaun of the Dead. But most, Gary Crutchley's Job Satisfaction in particular, do it with wit and style. Zombies is far more hit than miss, and for £6, it's a LOT of hit!
To see more of it's contents or to order a copy go to;http://accentukcomics.com/

Posted by shane oakley at 7:33 AM No comments: