From the Hiding Place

Cthulhu Tales #2 has bin on the shelves for nearly three weeks, so i thought it okay to show another coupla pages - if you've read it, let me know your thoughts. 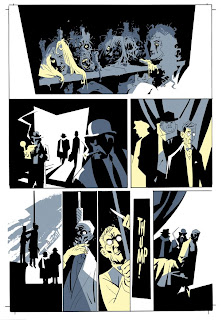 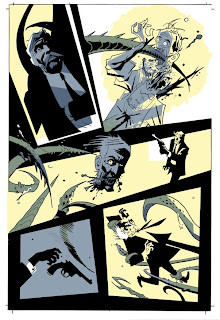 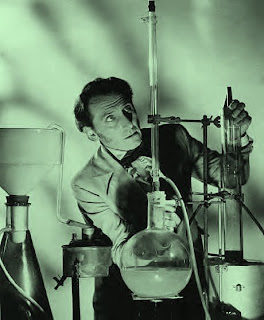 Like most of you, i first watched the man in late night Hammer horror movies, and was instantly beguiled by his screen presence. Tense and gaunt, his face seemed sculpted for his roles as Dr. Frankenstein and Van Helsing. And as a kid, I was especially impressed how such a refined and small-framed actor could leap and fight with startling athletic agility. 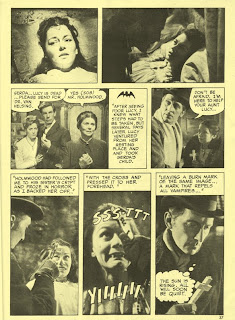 But what i love him for, is how much nobility he gave to the horror genre.


He took it seriously - made you believe in it. He didn't have contempt for the material, even in some of his more shoddy films, he always performed with sincerity and dignity. And i was always convinced - he never broke the 'spell'.


And his eyes, one minute full of menace, next, tender, warm, and sad. Eyes that could belong to a devil or a saint. And he played both, meticulously. 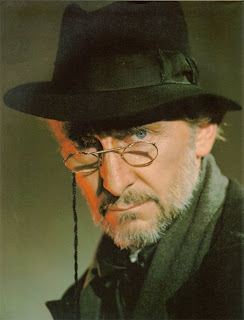 I have a serious love of watching movies, and if I'm not drawing or sleeping, it's mostly what i like to spend my time doing. And, when possible, myself and girlfriend, Suzanne, like to venture out from the marshlands and into the multiplex.
Well, this we did on Thursday, originally planning to see Speed Racer, since we're both fans of the cartoon series, and the movie version looked quite splendid. But the early showing was too early, and the late was too late. So, we looked for a substitute, and decided to give Doomsday a go, and...
Thing is, i like to talk about movies too, or, usually the case, argue about movies, and often i feel compelled to express my opinions either as a recommendation, or a warning. Don't usually bother with reviews on this blog, others do it full time proper like, and life's too short, but, i was so thoroughly bored and underwhelmed by Doomsday, that i felt i had no choice to tell the world(or the tiny, tiny part of it that reads my posts.). 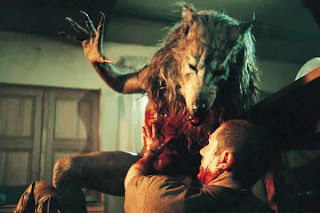 Neil Marshall is a very talented writer and director, who previously gave us Dog Soldiers and The Descent. Two top-notch examples of what can be done with a vigorous style, imagination and an extremely tight budget(Tom Cruise's lunch money), two movies that quickly became cult favourites, and with The Descent, I'd hold it up as one of the finest horror movies that's come out of the UK. All the more reason why Doomsday was so bloody awful. 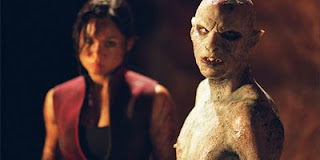 It's kinda like Neil Marshall came home one night, after reminiscing with his mates about 80's movies, then, pissed as a fart, over a kebab and a joint, wrote the sub-computer game bollocks that became his movie. And what plot he bothered with, you've all seen before, and seen better done, in the films he was 'referencing' and riffing on; Mad Max 2, Escape from New York, 28 Days Later , etc. 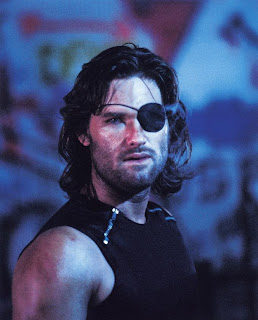 I've got nothing against a movie that is a love letter to other movies, everything these days is some homage/tribute/pastiche to something that's gone before, even if it's not intentional, some movies have such an iconic power, they burn themselves into your subconscious.
And if you wanna pay tribute to your favorite movies, or a golden slice of your childhood, again, fair nuff, and Marshall gives us plenty of that, whether its his bad ass heroine Eden Sinclair doing a Snake Plissken, complete with a pseudo John Carpenter synth soundtrack, or Highlander-like sword fights. But a lot of what he's done here is scene after scene of blatant plagiarism, scenes all nicked from superior movies. The end car chase with the punk cannibals is a reduced version of the end of Mad Max 2, i mean, right down to camera angles and choreography.
Not sure if Neil Mashall would be flattered if someone copied scenes from The Descent and Dog Soldiers and slapped them together as their own movie.


What could've helped is if he added something new, or gave it a fresh twist, something extra to the mix to make up for everything stunningly unoriginal about it, his previous movies showed he knew his stuff; he could write good dialogue, shoot exciting, moody and dramatic scenes. But Doomsday is lazily scripted, sloppily conceived, and never really pulls you in cus it's got no cohesive narrative, and you just don't give a shit about the characters.
Maybe it wasn't Neil Marshall, maybe it was a kinda Frankenstein monster director, sewn up from parts of John Carpenter, James Cameron, Walter Hill, George Miller - many parts, but no whole. 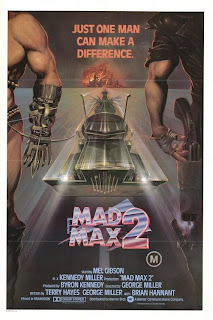 And, really, mo-hawked punks with tribal tattoos and piercings, in leather and bondage gear is NOT shocking, NOT scary, might've bin a little 'edgy' in the 80's, when nobody had done this stuff before, but it's commonplace sight in 2008, it's a fashion, a 'look' - Aunties have lip piercings! Marilyn Manson has his own action figures - the counter culture is now the shop-counter culture. Those scenes of 'crazed punks' shaking their pierced tongues, and trying to look threatening, made me cringe with embarrassment - cannibal chavs in ragged shell suits and hoodies would be scarier - or at least more accurate.
Truth is, the 'alternative' scene is mostly full of quiet skinny boys who buy fake guns, hang around Games Workshop and write shit poems for their goth girlfriend who works at Tesco. God bless em.

But, maybe that's who the film is for, teenagers who really dig stuff like Resident Evil, think tattoos are 'hard' and have never seen a really good 80's action flick. 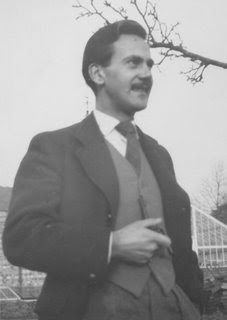 Only just heard that Mike Western has died, last week, at the age of 83.

For those who don't know, Mike was one of the last of the old guard, a true great of the British comics industry. A time when we actually had shelves full of weekly adventure/humour comics like Valiant, Lion, Victor, Buster and Cor!!

He started working in comics back in the 50's, drawing for numerous titles and covering a whole range of stuff, from action to slapstick, including stand out runs on The Wild Wonders and Darkie's War. 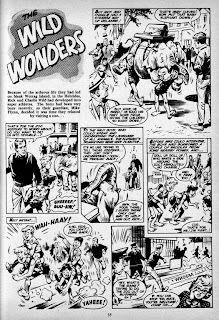 For me, it wasn't until i was doing Albion that i really came to appreciate and see the abundant talent the fella had. Part of my research was spent reading/re-reading 60's and 70's weeklies and annuals.
...and I fell madly in love with his art.
He could do playful, funny stuff, in a lovely fluid, exaggerated style, then you'd have the rich and realistic mood and rendering of his war stories. Whatever he was doing, it was strong, confidant and full of energy.
I learnt a lot from his art, and it partly helped cement my belief that an artist does NOT have to put his style in stasis: instead, you just draw to suit the subject. Change the flavour. 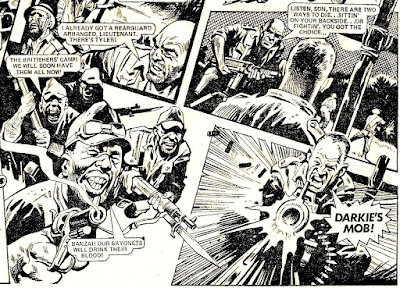 Today, looking at a pile of his strips (and gorgeous painted covers), impressed me all over again. Felt sad too, i really miss those comics and seeing artwork of this calibre. 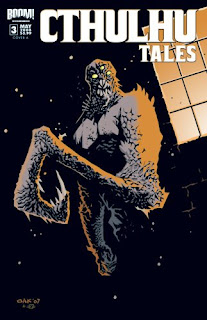 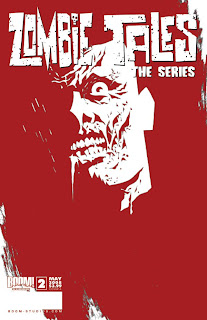 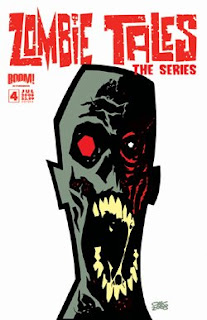 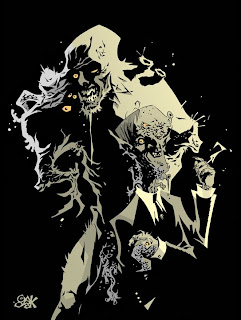