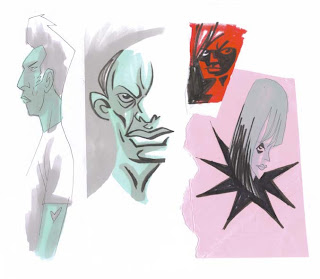 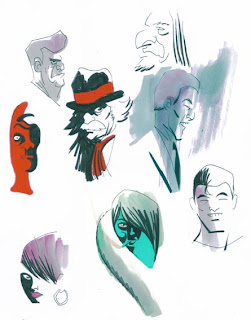 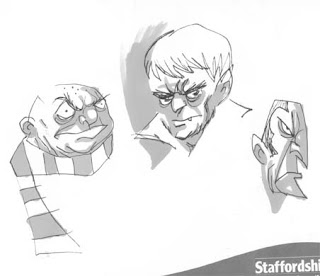 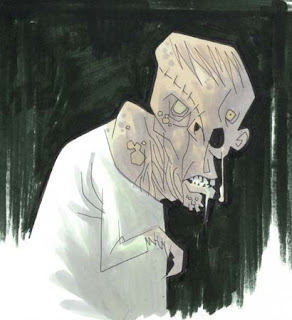 Crematoria - Screaming from the Grave! 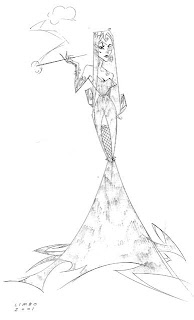 About a 1000 years ago i was chinwagging and brainstorming with that Wizard of Words, affable Alan Moore. Things were still sweet at DC/Wildstorm, and his ABC line of comics were winning rave reviews and adoring accolades.
Alan was planning a second wave of characters for the anthology, Tomorrow Stories. One of these to be written for little awe-draped me, it was/is called Limbo, best described as a supernatural beatnik superhero comedy, like Dr. Strange done by Charles Addams, or the Spectre via Shiver and Shake. A strip that dwelled in all the best corners of my skull.
... shrouded in fluorescent fog, bats flapping around cemeteries, werewolves on Harleys, mad doctors, witches, spooks, zombies, and a love interest in the form of pneumatic horror hostess Crematoria, more or less Lily Munster and Vampira, with an eye patch.
We didn't get further than half-a-pitch(but never say never), since i found myself drawing Albion. The idea was, well, filed away in limbo.
Until...connoisewer of dark dames and raven-haired succubi, one Mr. Brad 'Indio' Tuttle, cast his yellowed beady eyes on the curves of Crematoria.
And she's sweet as a De Sade fever dream. Go look, i dare you. 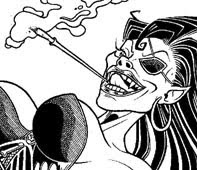 And remember, kids. Limbo is copyrighted by Alan
Moore and Shane Oakley. No cribbing.
Posted by shane oakley at 8:24 AM 3 comments: