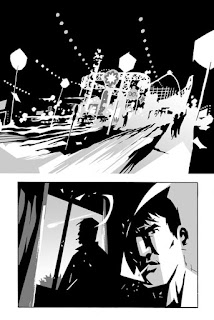 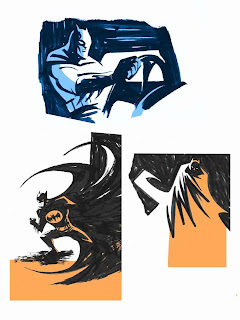 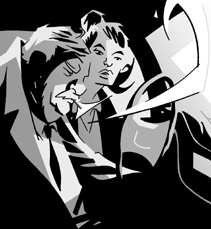 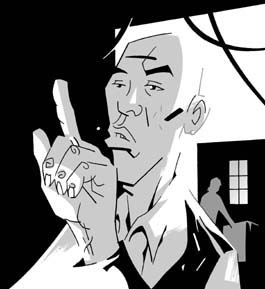 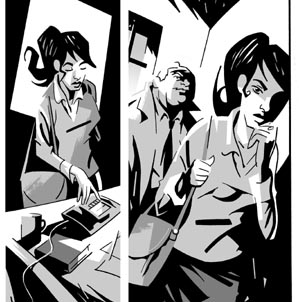 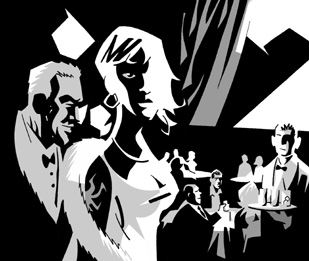 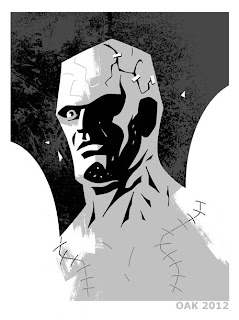 Little Shoppe of Horrors #28 spotlights The Woman in Black. This is Hammer returning to the Gothic, with a sumptuously dark screen version of Susan Hill's classic ghost story.

Personally, though Daniel Radcliffe wasn't half as bad as i thought he'd be (still terribly miscast) and the production design and cinematography delivered in beautiful moody gloomy spades, it all left me feeling a little flat. I wasn't convinced, wasn't involved enough, and it seemed too much like a series of creepy set pieces than a tight-knit narrative.

But it was a triumphant success for Hammer and will hopefully pave the way for more traditional  'tales of the supernatural'. And, for me, that's all good.

...issue 28 also fits in a loving tribute to the brilliant Jimmy Sangster. I chose to illustrate Dave Prowse from Horror of Frankenstein.

It's an entertaining misfire of a movie, part Carry On farce, part straight-face melodrama: it was Hammer's attempt at rebooting the franchise, but it didn't impress critics and it failed to launch Ralph Bates as the new Doctor Frankenstein (Four years later Peter Cushing returned in the superior Frankenstein and the Monster from Hell).

Bates does a good turn, and along with Kate O'Mara, seems to be enjoying himself. But Dennis Price is the best thing about it, he plays a wonderfully macabre body-snatcher, all charm with a pinch of Noel Coward camp. His stand-out scene is in a misty midnight graveyard. Price drinks wine, eats sausage and talks about fathering another child, whilst his dear delighted wife digs up a mutilated corpse...
Posted by shane oakley at 6:30 AM 2 comments: