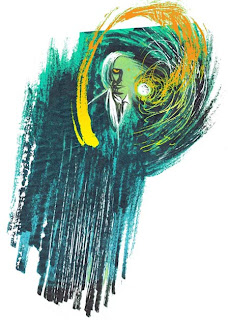 Character/concept sketch from Eye of the Worm; a 4-part cosmic horror tale I'm ever-so itching to do. 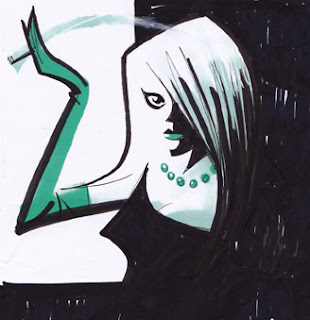 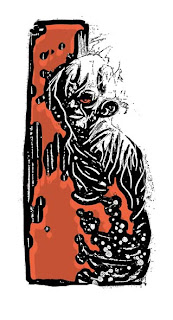 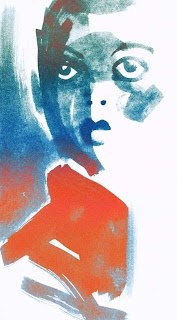 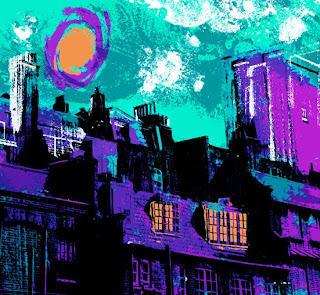 A black and white photo attacked with custom brushes and many, many filters . 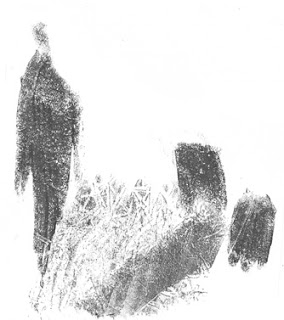 I've never found it an agony coming up with a story; ideas are endless, they're abundant, they're everywhere and anywhere ready to be plucked and polished. Really, unless you're Stephen King trying to pen his zillionth novel, it should be easy.
If you look, listen, stir, gently coax, join-the-dots, make the connections, a story will always come.

The real problem for me is knowing which idea to choose; Which plot thread to develop? Which one to jettison? Where to stop that train of thought?

Usually i end up with at least 2 beginnings and endings(even with this post). That's a problem i usually solve by asking my wife to make a choice. But it's the tone that can cause me real frustration - finding that exact voice for a piece. My moods swing, and with them so do the stories.
It also doesn't help that right now i only dally as a part-time writer, mostly I'm drawing for a living, so a script can be written over many months - even years - which gives me chance to get bored or change my mind, or simply i see someone else beat me to it(one day I'll tell you how I created The Goon).

There's also the thing of weighing up the worth of your story. Regardless of whether it's a short 'twist-in-the-tail' or a multi-part epic; Is it really worth doing? Is it something that you'll look back on and feel good/proud about, or will you cringe and wish for the hours back?

I've my fair share of cringe worthy comic strips in print with lame gags stretched out well beyond the point, unshaven Uzi-toting bad ass mercenaries talking like 1980's Stallone, and even worse; me trying to prove I'm a 'serious writer' by swamping each page with lots of pretty purple prose. Lots and lots (that's dope for you kids - just say no!).
But some of that was in my raw youth, especially the guys with swords n' guns. We all do it, then hopefully grow out of it with the pimples. Though, having said that, looking at Marvel and DC comics you'd think not.

So, yeah, train of thought...where was i?

For every comic strip I've written, there's a file full i haven't. Mostly I'm glad i didn't cus there'd be more severe cringing or more overdraft to pay back.
But I've now reached the point where I'm comfortable throwing out a long - gestating idea. I used to hold onto em all, frustrated that my life won't be long enough to put them on paper, but the reality is it's just me trying to validate the time spent on a project by getting it in print.

...it's very cleansing and invigorating admitting that everything you dream up isn't brilliant, and ridding myself of half-baked, pointless or self-indulgent stories has proved to be nothing but a healthy growth step.
And out of the scrap pile I've found some little treasures that should see the light of day, and DO deserve the commitment.

One such I'm polishing at the moment. Going slowly, since my priorities dictate it can only have my attention when I've done a day's paid work. But it's alive and growing.

It's called 'The Collector' - A fable/fairy tale about Death and a well-meaning wish that backfires.
I'll post more as and when. Hope you enjoy the peep. 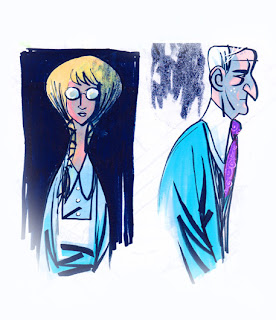 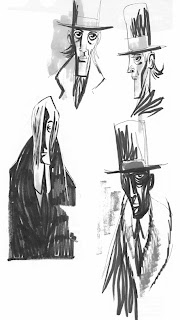 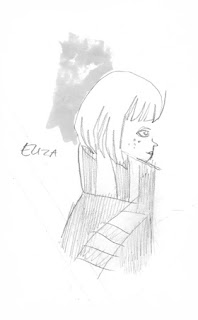 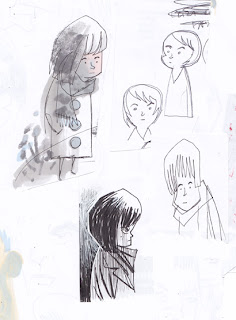 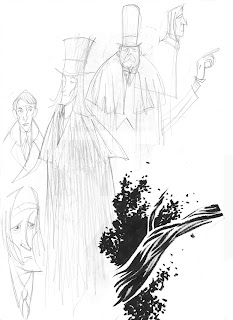 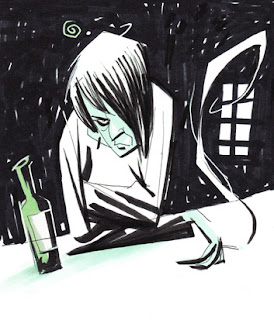 Posted by shane oakley at 4:28 AM No comments: 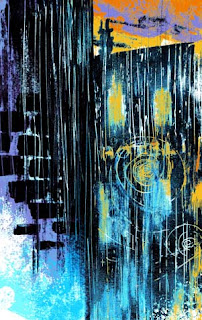 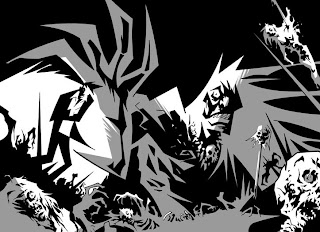