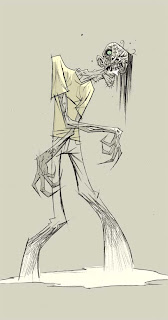 Labels: freaky friday, i should be in bed, twitch

This Friday, and every Friday, is Freaky Friday. 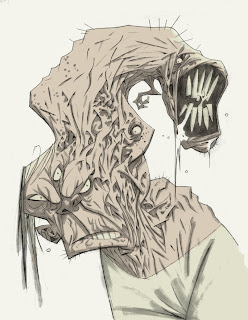 Amen.
Posted by shane oakley at 4:16 AM No comments: 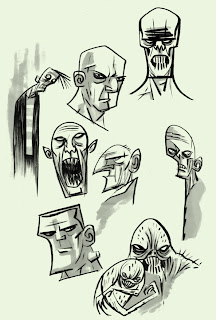 Posted by shane oakley at 4:48 AM No comments: 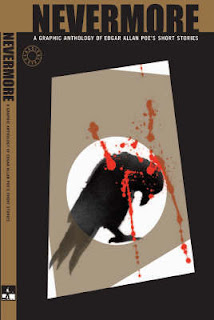 Last week - fittingly on Halloween - saw the launch of Nevermore an anthology of Poe adaptions from publishers Self-Made Hero. Among the strips is a 16-page version of The Fall Of The House Of Usher, written by Dan Whitehead, and drawn by me. 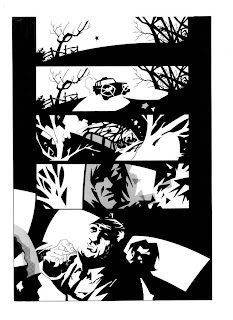 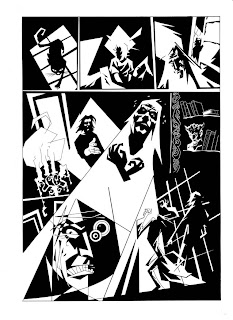 Thru most of my life the works of Mr.Poe have long bin a source of inspiration and pleasure, wether it be the original source material, Corman's delirious movies, or the multitude of horror comics born out of his mythos(most notably Tom Sutton's work at Charlton). It's nothing new, adapting Poe in comic strip form; i own two magnificent versions of House Of Usher by Richard Corben and the aforementioned Tom Sutton, so, in my eyes i was up against some tuff competition.
So i tried to do something a little different, pulling out all stops to channel the mood, isolation and madness that's in Poe's story; a fever dream turning to expressionist nightmare. Which also sums up how it felt most of the time i was working on it(along with the inking assist from the lovely Suzanne, who was handsomely rewarded with shoes and fancy cosmetics - but she will deny this.), what with juggling two other jobs and illness. But it was worth it, and i hope Eddy thinks so too.

And if you don't like it, you have a whole bunch more of Nevermore to like instead, including strips by Ian Edginton, D'israeli, Jamie Delano, Leah Moore, John Reppion, Steve Pugh...it's in the shops, and even cheaper from Amazon.co.uk.
Posted by shane oakley at 9:23 AM 4 comments: 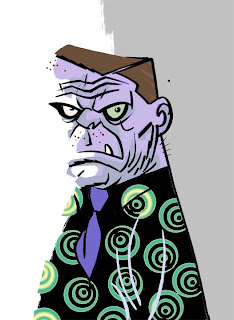 Didn't set out to draw Warren Clarke...
Posted by shane oakley at 10:16 AM No comments: 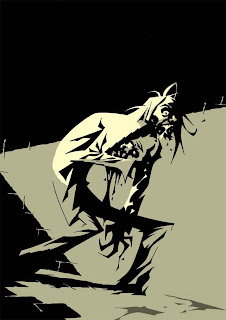 Zombies! Tell me you have appetite for more?
Over at Geoff Boughs goriffic zombie-fixated site; http://www.revenantmagazine.com/ you'll find a mini-gallery of undead art by yers truly. Six in all, three of which are old(but two of them are 'remastered'),tuther three brand spanking new - as much as reanimated corpses can be brand spanking new...
Posted by shane oakley at 9:47 AM No comments: