I did another cover for Sam Costello's Split Lip. 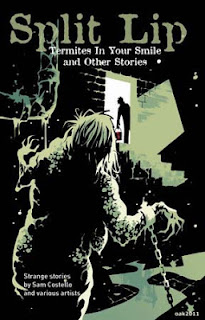 Split Lip has been published online since 2006 and in print since 2009. In that time, it has featured 37 original horror comics, totalling over 550 pages. All stories were created and written by Costello and have featured work from artists including Sami Makkonen (Deadworld: Slaughterhouse), T.J. Kirsch (She Died in Terrebonne), John Bivens (Comic Book Tattoo), Kyle Strahm (We Will Destroy You), Christine Larsen (LaMorte Sisters), Felipe Sobreiro (The Strange Talent of Luther Strode), and many others.

Split Lip has received critical acclaim, including: "Split Lip is the best horror anthology on the Internet” -Comics Should Be Good; "The only (webcomic) to ever give me the chills was Split Lip" -Webcomic Overlook; "The webcomics answer to anthology series like The Twilight Zone and Night Gallery" -io9; " “Split Lip is the predominant original horror comic work on the internet" -The Horror Blog. 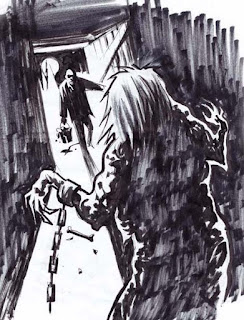 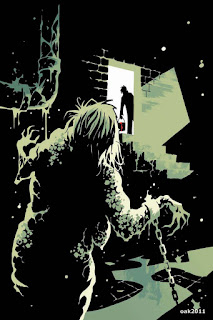